An Update from Ruth Turner 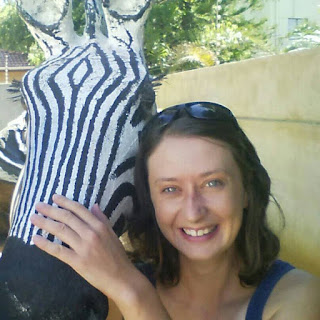 An Update from Ruth Turner

Ruth Turner has just sent us this update from South Africa:


First of all, I would like to thank everyone massively for their prayers, knowing I have a church family in prayer behind me and that I’m not doing this alone is sometimes what gets me through the day!! It was so interesting when Ruth (Paton) said that you have just had “I can do all things through Christ Jesus who gives me strength.” (Philippians 4: 13) as your memory verse as that describes exactly the season I’m in. When I came back to Footprints I wanted a really nice Scripture wall art sticker for my wall. I found the one I liked but I didn’t leave enough time to order it from good old Amazon. The only one that would arrive on time before leaving the UK was Philippians 4 v 13, which, although I love it, was not my first choice. It's funny though how God knows exactly what we need, as it’s been so prophetic for the season I’m in!

Strength. It’s come to mean so much more to me than it previously had. Does it mean having endless energy to be on the go constantly?  Does it mean emotionally being steadfast? Does it describe our physical state? It may entail all of the above. However, for me personally, it's come to mean having a firm and secure trust in the hand that holds me. He is my strength and my song. Its not about striving, or going at one hundred miles an hour, its knowing that He is my refuge, my fortress, my rock on whom I stand, and because of that, I can do all things.

Why has this been a season of finding strength? I’m going to be real, I absolutely love being here, and doing life with these children whom I'm not sure I could love anymore than I do if they were my own, but I got to the place where I was just exhausted. I live in a house with 7 boys, and take part in the life of 27 on a daily basis. From morning till night there are children clamouring for attention whether its because one has fallen over and needs a plaster, another has chewing gum stuck in her hair (this happened to me a few days ago!) a third wants to sit and read a story and a fourth wants to play a game of cards, a fifth needs his nappy changed and a sixth thinks its an amazing idea to try and rewire the toaster whilst it is still plugged in (do not try this one at home kids!!) Often they all appear at the same time! We have a lot less volunteers here than normal, when I arrived last year there were 17, we currently have 6. I woke up the other morning and I literally prayed, Jesus give me strength!! I listened to a sermon, from Bethel I think it was, and God spoke clearly to me from it. The sermon was about Moses being asked to go and speak to Pharaoh and when he was doubting, God telling him, "But 'I am'”. That’s when I heard God speaking to me, whispering, I have put you here, so you CAN. I felt His gentle, non-condemning prod, making me realise that if I am doubting whether I can do this, then I am doubting Him, because He is the one who has brought me here. Has God always been faithful to me? Yes. Has He always provided for me? Yes. Can I trust Him? Yes. So instead of focusing on my tiredness, I am focusing on Him who has said, you can, because I AM. I hope that may be encouragement to some of you. We can, because of who He is. I have strength because the one who is strong has got me.

These are a couple of stories Ruth sent to be shared as part of our All Age talk on Sunday 9th July:

We had a missionary stay with us, for about 8 months, who had only partial sight, she was amazing. Whilst she was here her sight deteriorated badly and she had to have an operation to stop her from going blind. For a week after the operation she could not see, she had patches over her eyes. The children were brilliant with her, going to talk to her, getting her her meals, leading her over the house, and obviously praying for her. The operation was to stop her from going completely blind, but it no way was additional recovery of sight expected. The miraculous happened, and not only did she regain her sight (that was not a given) but she received more sight than before the operation, being only one level below being able to legally drive!!!  This lady, my friend, does not yet have complete sight, and she is now not here with us in South Africa, but back in her home country, yet our children still pray for her, and believe that one day she will see completely.  I also told our children about how when I was in Mozambique, a girl who lived in my house prayed for a man they met in the Bush who was completely blind, his eyes were white. She watched as Jesus turned his eyes from white, to gray to brown, and he was able to see perfectly. The man was of a Muslim before he was touched by Jesus, afterwards, he gave his life to the One who helped him see the truth.

The Powerful Prayers of a 3 year old

This testimony is about a girl, Helen, from Scotland who came to Footprints for a couple of weeks. She is very athletic, but about 15 years ago she had a blood clot in her leg which traveled to her lung and almost killed her. Ever since then she has suffered from clotting and pain in her leg when she exercises. I knew none of this whilst she stayed with us until the last day or two. Our youngest child had just turned 3. Like many 3 year olds  he likes to crawl around and under tables, so I thought nothing of it when I often saw him climb under the dinner table. This lady finished her trip in South Africa and went home, and I met up with her when I was back. It was then that she told me that this little boy had been sitting under the table, massaging her leg in the exact spot where the problem was. After a few times of this happening, she asked him what he was doing, and he replied “praying to Jesus”!! By the time Helen left footprints, the pain was 90-95% gone!!! That little 3 year old had clearly heard Jesus telling him to go and pray for Helen’s leg, and so with the complete trust and faith of a tiny child, that's exactly what he did. I told this testimony to our Footprints family a couple of weeks ago, the same little boy was there as I told it, sitting on another child's lap, sucking his dummy. It struck me, not for the first time, why Jesus said we are to be like little children! They are so powerful, so faith-filled, so able to hear God’s voice!!!

As I said, I so value your prayers, so please join me in praying for these things:

Posted by Link Church, Dunfermline at 07:16